On this episode of The Massimo Show Rod sits down with Steve Rizzo.

An American motivational speaker, author, and former stand-up comedian, Steve is notable for his humorous style of motivational speaking and writing. Rizzo is a member of the National Speakers Association and an inductee of its Council of Peers Award for Excellence Speaker Hall of Fame. At one time Steve was sharing the marquis with folks like Ellen DeGeneres, Rodney Dangerfield, Eddie Murphy and Jerry Seinfeld; a showtime comedy all-star.  At the peak of his career he decided to go in a different direction.

Steve was born in Brooklyn, NY and raised by what he calls “good people” but from an early age  they instilled what could casually be called a sense of impending doom. Life outside the home wasn’t much more supportive. In middle school Steve was having difficulties and challenges in school and was told by a counselor that he “didn’t have what it takes” to go to college. That seemingly small comment made a huge impact on the rest of his schooling. In high school Steve was nominated for the “least likely to succeed”.  He took those beliefs that I wasn’t smart enough, good enough, or worthy enough into his adult life. “My philosophy was don’t try and you won’t fail.” Steve recalls.  As a result, he hung out with a tough crowd. Most are dead or in prison.  It wasn’t until 5 years after high school when his brother, a disabled Vietnam War Veteran, totally turned his life around and went to college. “He literally took me by the hand and took me with him to college to sit with him in class for 2 weeks.  He then said, I am glad you did this, now I am signing you up.” Steve tells Rod.  Despite being petrified to go do something he was specially told he would never be able to do Steve got straight A’s. He graduated with a degree in Education-English and a minor is Psych. “ I went back to the school that nominated me least likely to succeed and I was counselor for kids with behavioral problems and an English teacher for 2 years.” Steve says.

Success and the Shift

Steve realized that the universe opens up when you start following your heart. But despite having obtained a degree and a coveted teaching position he quickly learned he wasn’t done mastering new things. Through a series of “right place, right time, right people” Steve started doing stand-up part time in clubs on Long Island, NY.  He was so good and so taken with it that he quit the second year of teaching to go into the world of stand-up comedy.  “I didn’t even take a leave of absence.  I just quit.” says Steve. Shortly after he was headlining comedy clubs across the country.

But Steve still wasn’t done shifting into the perfect role.

“What I realized was my opening acts, Drew Carey, Rosie O’Donnell and Chris Rock and they were getting the big breaks and I couldn’t understand why I wasn’t.  Why was opportunity knocking on their door?  I realized that opportunity was knocking, I was afraid to open the door.”

Steve eventually let the worry about stand-up go and by the time the industry was begging him to hit the big time he had already decided what was next for him.

“It was at a Tony Robbins seminar that I realized what I should be doing.  I wrote

1) I should be doing this

2) I could be doing this

I made the shift.  Everyone thought I was crazy.  I was living in LA, flew home to NY and told my wife, who was supportive.  I did stand up in the tri-state area to supplement income and in between I started investing my time and energy in how I could break into the speaking business.  Everything started falling into place at a fast pace.  When you follow your heart and you are doing what you are supposed to be doing with your life serendipitous events take place that will blow your mind.”

What Steve offers his clients are the common-sense success strategies that will take them to a better place in life and career.  The strategies are based on these 3 principles:

1) You are the creator of your success and happiness

3) Whenever you are confronted with a challenge or problem of any kind it’s never a matter of managing the situation, it is a matter of how you manage your mind.

If you find yourself in a negative rampage, at that moment you need to stop and become aware you need to hear “who do you think you are?”  In that state all the negativity stops because your brain cannot focus on 2 things at once.  In that moment of awareness,  you can turn it around. 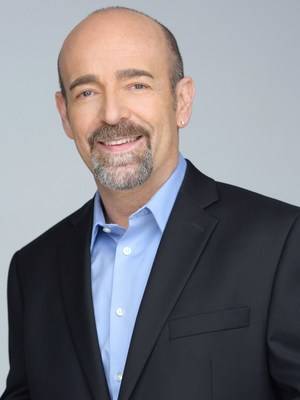