Rod sits down with one of his own coaches – NYT best-selling author and world renowned hall of fame speaker Chris Widener.

Chris was born in Seattle, Washington. His father was the CFO of an architecture firm called NBBJ and was making almost 100K in the late 1960’s. Unfortunately, he was severely underinsured and when died at 41 years old (when Chirs was just 4) he only had 30K in life insurance. Chris’ brother was 13 years older than him and left home after the death of their father and married a girl who did not like their mother.  Alone with a young child, Chris’ mother had to sell the house we were living in because she couldn’t afford the $400 mortgage payment. Chris pinpoints this tragic event as the beginning of his downward spiral.

Chris experienced an avalanche of instability in his formative years. After living in 28 homes, attending 11 different schools, being shipped off to live with relatives twice – once in 4th grade and once in 9th grade it may not come as a surprise that he started doing drugs in the 5th and 6th grade. Even smoking opium by 8th grade.  With limited supervision and the lack of strong parental figure. Chris spent most of my time growing up scalping tickets to the seahawks and mariners games outside the Kingdome and betting on the ponies at Longacres Horse Track.

“I was headed in the wrong direction.” Chris recalls.  “The year before my senior year of high school I got invited to sleep at one of my big pot smoking friends’ houses. It was a Saturday night and we probably spent the night getting high.”  The next day Sunday, his mother opened the door at 8am and said get up we are going to Sunday school.  “I had no clue what Sunday school was because I had no religious upbringing.” Chris tells Rod.

The youth minister was from Helena, Montana and he had 2 things that I needed in my life at that point. First of all, he had size 11 cowboy boots. This was good for me because I never had a male role model.  I didn’t know my grandfathers, my father had died when I was 4. This pastor became Chris’ role model and taught him about God, purpose, having a vision in your life, and  knowing that life is bigger than YOU. Additionally he inspired Chris to go into ministry where he discovered and honed his gift for public speaking.  “If you want to become a world class speaker, spending time in the ministry is good because you need to come up with 3 new speeches a week.” Chris explains. “ I started speaking to summer camps, high schools, colleges about overcoming a crazy youth.  As I got older, I transitioned talking to adults focusing on leadership.  I got a few lucky breaks in the early 2000’s.”

Chris was asked to ghost write for John Maxwell where he spent 18 months writing for him on his national syndicated column.  From there he was asked by Jim Roan to write with him.  “I wrote the Jim Roan 1 program as well as his last book the 12 Pillars of Success.  And then there was a television show in Dallas who wanted Zig Ziglar to do a show and he didn’t want to do it by himself, so they asked me to co-host his TV show.” Chris says.

When people ask how do you build a successful speaking career.  I say it’s easy.  Three step process:

1) Have John Maxwell call you

2) Have Jim Roan call you

3) Have Zig Ziglar call you

Once that happens it’s all easy from there.

All joking aside, Chris recommends that when opportunity presents itself you need to be able to walk through that door. Preparation may look like working for others but you are also curating your own skills. Be ready to use them!

Principles to create a lasting legacy:

1)   Understand you don’t know the impact you are leaving.  You need to trust.

2)   Take advantage of opportunities and be prepared.

3)   What to do when you thought was going to happen doesn’t happen.

Listen in to the full podcast to hear more from Chris including information about his latest book! 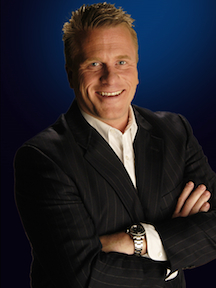 NYT best-selling author and world renowned hall of fame speaker Chris Widener. When Chris’ father passed when Chris was just 4 years old he experienced an avalanche of unpredictability in his life and quickly turned to drug use to cope. Eventually he met a pastor and found his own gift for public speaking. His professional life was filled with lucky breaks that Chris would argue only panned out due to his own preparation and open mind.