Rod sits down with a ghostwriter and (his own) writing coach Wally Bock. Wally is an authority on the issues of supervision, leadership, and management and has the various career endeavors to prove it. More recently he has spent his time helping others lean into and expound upon their own leadership qualities by helping them write about them.

Wally was born in New York City in 1946 to a Lutheran Pastor and his wife.  He attended the Bronx High School of Science and graduated from there in 1963. He was a bright kid with scholarship opportunities for college as well. But one day his father told him about a relative who had gone off to a major university with their family paying the way. But this relative didn’t go and study.

They avoided going to classes for a year and a half before their father found out. “I thought about that a lot. I realized that however bright I was if I went to college right then I’d probably do pretty much the same thing.” Wally tells Rod.

Instead of potentially wasting his money and scholarships Wally decided to pursue a lifelong interest – the military. He joined the Marines and served from 1963 to 1968 and it was here that he learned a lot about courage and leadership and principles and about how your capacity is more than you ever imagined.

Wally’s first book was called Budgeting for First-Line Supervisors.  This was his first book because when he got out of the Marines he was teaching for a government program called Model Cities helping small businesses.  He started writing articles around that. An acquisition editor at a publishing company heard some of his speeches, read a couple of his articles, and offered him the opportunity to do four books.

A couple of years after that, Wally moved on from the multinational to a non-profit, where he was the Business Manager at a graduate school. He got the numbers right and they improved on every measurable performance indicator. But he messed up in other ways and got fired. “That is when I figured out the only person who would keep me hired was me.  That is when I started my own business.” Wally remembers.   He established his consulting firm in 1982 and for the next several years, he had a fairly conventional practice where he did business consulting as well as speaking, training, and writing on leadership issues.

“I was good at finding the story a business had to sell and turning that into something that helped them get business.” Wally tells Rod “ It is a dynamite skill to have, however it takes time to get the info out of the person who has the business.”  Wally had the skill of understanding the story behind the business.  It is the story that attracts the sales.

Mixing the old and the new

Wally is an excellent example of the merging of two very important skills: connection and progress. When asked how he marketed his books he simply says: Letters. “I wrote letters to people.  That and the yellow pages.  Letters are more important than ever today.  It is more important than email, Twitter.  I am all for those, but I am for writing letters.” Additionally, Wally was one of the first wave of people who engaged in e-commerce to sell his books.

Wally was writing for speakers, trainers, and consultants for a report called Cyberpowers. A publisher came to him and asked him to write a book about “Taking on the Super Information Highway”.  That book came out in 1995 and resulted in 2 more large book contracts.  That was when he went from small to big.  The market warranted it and he was ready.

911 happened.  After 911 travel was harder to travel. “I was going to come off the road and needed to figure out something else to do,” Wally says.  “Up until that time, all the books I had written were by myself but I wrote CyberPower for Business with Jeff Sonea and discovered I really liked working with somebody else.”  The idea of ghostwriting came to him and it took off – that was over 20 years ago.

Wally and Rod talk about the types of ghostwriters, how the pandemic has forced people to shift in their businesses, and the value of writing your story. Tune in to listen to the full podcast! 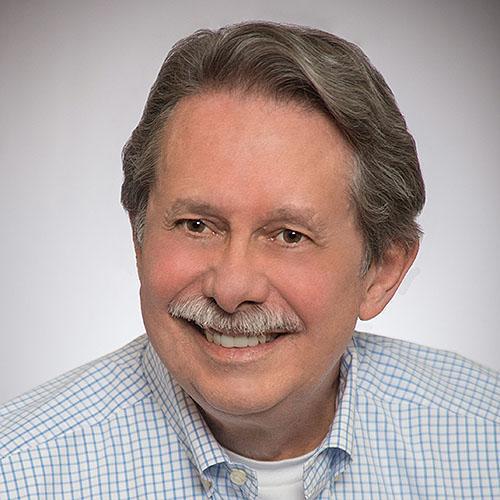 Wally Bock is an author, blogger, ghostwriter, and writing coach.  Wally is an authority on the  issues of supervision, leadership, and management and has the various career endeavors to prove it. More recently he has spent his time helping others lean into and expound upon their own leadership qualities by helping them write about them.